The How I Met Your Mother complete series boxset was release this week and their are celebrating it by giving away props from the series!

How I Met Your Mother – Complete Series Boxset

This complete series boxset comes in a very special presentation. It includes all 9 seasons in 28 discs plus all-new bonus disc with never-before-seen content. It is definitely a must if you are a fan of HIMYM. 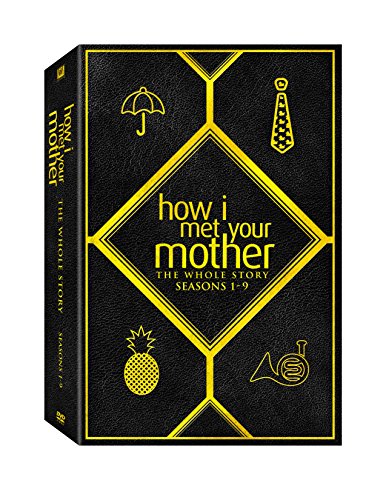 Here is the list of the New Special Features (only included in this boxset):

How I Met Your Mother – Props Sweepstakes

HIMYM is giving away props from all the seasons of the show. The Grand Price: MacLarens’ Bar!

The How I Met Your Mother Props Sweepstakes (the “Promotion”) begins on September 16, 2014 at 12:00:00 AM Eastern Time (ET) and ends October 31, 2014 at 11:59:59 PM ET (the “Promotion Period”). Each entrant (each, a “Participant”) can only enter once from September 16, 2014 through October 31, 2014 (“Entry Period”) for a chance to win the grand prize, the actual structure that appeared in the television program “How I Met Your Mother” (“Show”) as the beloved MacLarens’ bar (“Grand Prize”), or one of 26 other items that are either props from the set or items from the wardrobes of characters on the Show, as described in detail below (collectively, with Grand Prize, “Prizes”).

Sadly for the people outside the US (like me), the promotion is only open for legal residents for the 50 United States and the District of Columbia who are 18 years of age or older.

What you could win: Prizes

Here is the list of props that you could win: Visit the Official Website of the HIMYM-Sweepstakes to enter a chance to win a prop from the show: http://himymdvdboxedset.tumblr.com/