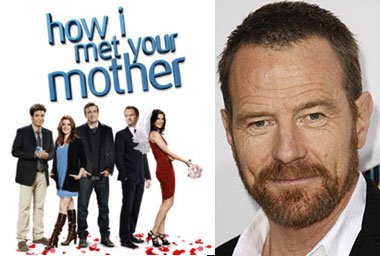 How I Met Your Mother last season will see the return of a former guest star. Breaking Bad star Bryan Cranston will return on the CBS show to reprise his role as Ted’s former boss Hammond Druthers.

Cranston first appeared on the show in its second season when Ted worked for Druthers (an arrogant architect).

Are you excited for Cranston’s return to HIMYM? What do you think Druthers be up to now?