It’s been more than three weeks, since the Emmy Awards, but we thought that it’s never too late to comment on television’s biggest night.

In August 29th 2010, the Nokia Theater in Los Angeles was filled with repeat winners, some new faces, and shocking surprises that made the night really exciting.

The wealth was spread all around in the comedy block 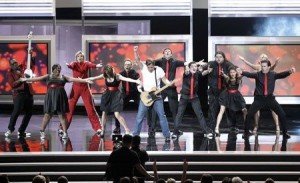 where the new shows won in many different categories. The big winner was the hilarious family comedy “Modern Family”, who beat the heavily popular musical comedy “Glee”. Both shows took multiple awards that night, alongside “Mad Men”, who won best drama series, and “Breaking Bad”, who took the lead actor and supporting actor’s trophies. “Temple Grandin” dominated in the made for TV movie awards, only been defeated in writing by “You Don’t Know Jack”.

Here’s our take on the Emmy Awards: 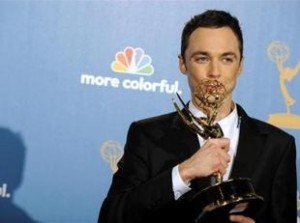 Archie Panjabi winning best supporting actress in a drama series was probably a shocking moment during the night, but a really good moment. This is the type of surprise that it´s really well received. Award shows always need a big surprise to keep the night not too predictable. Also, the voters got to reward one of the most interesting characters this last season,  a character who does not have this explosive moments that often award shows like to honor.

The Good, but wish it could have been someone else

All the movie-miniseries categories been televised very late during the telecast made the show’s second half not really that exciting. Most viewers, like us, watch the Emmy Award for the TV show’s categories of drama and comedy. It probably would haven been better to present comedy first, then movie-miniseries, and then drama, so the excitement could be spread throughout the whole ceremony.

“Lost” not winning any awards was truly disappointing. We would have like to see it win in at least directing for the finale.

Jimmy Fallon was a good host. The introductions to the different genres were creative and mostly fun. The musical homage to “24”, “Law and Order”, and “Lost”, was really funny. But the tweets used to introduce some presenters were boring and didn’t work as we expected.

What did you think of the Emmy Awards 2010? What did you like and didn’t like? What was your favorite moment?

Modern News: Congratulations to the cast and crew for their 5 Emmy wins

Who is Uggie? “The Artist” dog who won us all